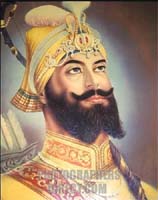 On this day the followers and devotees of Sikhism known as the Sikhs compulsorily visit Gurudwara (their holy house) to pray and celebrate Guru’s birthday. They wear their washed and best clothes while going to pray on this auspicious day. They prepare all the dishes liked by Guru Gobind in their houses as mentioned in the Guru Granth Sahib (holy book of the Sikhs). They carry small portions of the foods with them to Gurudwara as offering to the Guru on his birthday. They sing holy songs there and the Granthi of the Gurudwara reads out the Guru Granth Sahib before the devotees to remind them the teachings of their most beloved Guru.

Granthi means the care taker. The Granthi is the priest of a Gurudwara as there is no custom of having any priest among the Sikhs unlike the Hindus. After the session of the Gurudwara, the people embrace each other and greet each other offering best wishes on this auspicious day of their religion. They also invite each other to have a feast on this occasion and celebrate the birth Jayanti of the Guru with pomp and pleasure. The people pray to their Guru to bless them with health and happiness and protect them from all evils.
The birthday of Guru Gobind Singh is not only celebrated by the Sikhs of India but also by the people in abroad. They too religiously visit Gurudwara on this day and pray to their Lord.