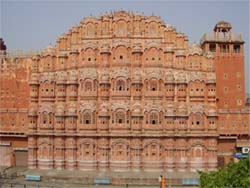 Jaipur Literature Festival –A Festival of Pure Literature
The Jaipur Literature festival has dramatically grown the day it was introduced in India. On the first edition only 14 guests turned up with few people in the audiences, this five day festival today has created a huge platform. Millions of people from all over the world attend this event every year. This is Asia’s biggest literary event that took place in the month of January 24 - January 28 every year. It is the grandest literature festival across India. The festival is sponsored by DSC limited group. It is one of the largest construction companies in India.

The Jaipur literature festival is conducted by Hotel of Diggi Palace every year. This hotel was built in the year 2002 by John Singh and Faith Singh of the fame of “Anokhi”. This event is held each year at the same venue since its inception 2006. The hall of audience and gardens of this hotel is the perfect location to explore the pure literature in Indian as well as International writing forms. The event has its own beauty and literature forms add an excellent perk for the one who love to read and write.

Highlights of the Festival

Initially, this festival was associated with only 14 authors and all of them were citizens of India. The Durbar hall along with Sunny lawns of the Diggi Palace was an ideal location to kick of this festival. The Jaipur Literature Festival believed to have grown in the form of a creature right from Pauranic myths. From the year 2010, this festival is more than 220 authors who all are from 17 different countries spoke to the crowd which was almost of 30,000 people.  This festival has attracted millions of people including thousands of authors from all over the world. It is growing tremendously in every year. People are participating with full support and great enthusiasm.

Namita Gokhale and William Dalyrmple are the co-directors of the Jaipur Literature festival. The festival is one of the largest festivals of literature in Asia & former editor of New Yorker, Ms. Tina Brown dubbed the same in one of the popular literary show on this earth. This festival was initiated by Faith Singh, originally as a free standing festival in 2006. This event is free of cost. There are no entry fees as well. Everything is on first come first services. The Jaipur Literature festival gained huge attention in the year 2012, when the events were related to the Salman Rushdie and the satanic verses controversy.