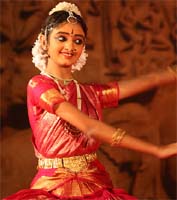 The dates and performances of Mamallapuram Festival

Dance forms like Kathakali, Mohini Attam, Kuchipuddi, Bharatnatyam, Kathak and Odissi are performed before the assembled mob. These traditional dance forms are performed in the festival of Mamallapuram by all the renowned dance gurus of India. This year (2013) this festival will take place somewhere in the mid of January. Usually this festival is held for 4 weeks at a stretch with dramas, short mythological stories being told to the spectators through dance. The abhinaya(drama) through adavus(gestures made by hands and legs), body postures and expression will leave you spell bound. These dances indeed remind us of our mythological culture with which we seemed to have lost touch in the hustle, bustle of today’s life. This endeavor of making the new generation of India familiar with the mythological past and the almost forgotten classical dance forms of India by the Tamil Nadu government deserves hats off from us.
With the western lifestyle invading our country more and more, somewhere we adults have forgotten our roots, culture, and values. And if we forget the basis of our country and what are we going to teach to our children and grandchildren? Thus, organizing an event like Mamallapuram dance festival reunites our ties with our beloved country. It should be the effort of each and every state government as well as central government to often arrange for such social events where we can re-visit the lost India.

The event as mentioned is held for four weeks and each day is marked by dramas, plays performed by different Gurus. Even the disciples or students of these named Gurus perform along with them. This is also a very good platform for those who want to take up dance as their career and had been training hard for it. Performing in the Mamallapuram festival can be a milestone to your life and future because of the exposure it provides.