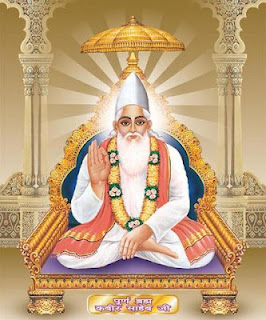 Saint Kabir Jayanti memorializes the birth anniversary of famous poet and is celebrated with great zeal and fervour in all over India as well as abroad. On this special event, the followers of Saint Kabir dedicate the day completely in his remembrance. It is celebrated on the full moon day (‘Purnima’) during the Jyestha Mash (month) in the traditional Hindu calendar.

Sant Kabir Das was a famous Indian poet and saint and social reformer of India who lived during the 15th century and whose writings influenced Hindu Bhakti movement. His poetries are also found in Sikhism's scripture, Adi Granth. The early life of Sant Kabir Das was in a Muslim family, but he was strongly convinced by his teacher, Ramananda (the Hindu bhakti leader).

His esteemed works, writings and poems describe the greatness of the Supreme Being. Kabir's legacy survives and sustained through the Kabir panth ("Path of Kabir"), a religious group of people that recognises him as its founder and is the Sant Mat sects (refers to an associated group of teachers). Its followers are known as Kabir panthis.

On this day the followers of Sant Kabir Das recite his poems and take lessons from his teachings. Sant Kabir Das is still alive in the heart of his devotees who follow his sermons in his poems known as ‘Kabir ke Dohe’. Special festivities and cultural programs are observed on Kabir Jayanti at various temples of Kabir. He was admired by person of all faiths and his teachings and writings are still alive.