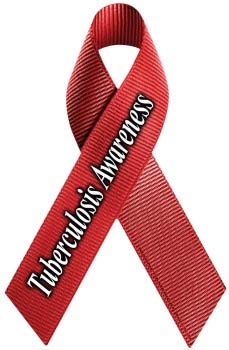 World TB Day or World Tuberculosis Day is observed for creating the awareness among the general mass regarding the disease of tuberculosis. It is a very common disease, and the day is aimed to inspire the initiatives for eliminating the disease completely from the world. The day is designed to honor the announcement of the discovery of the cause of the disease, namely Mycobacterium tuberculosis, a pathogenic bacterium.


About Tuberculosis
Tuberculosis is the disease, which is lethal and highly infectious. The bacterium is a pathogenic species, which is able to cause diseases in the body of its hosts. The respective host regarding the concerned disease is the human race. According to the recent stats, about one third of the population of the world may have the disease. Another statistical data concludes that at an average of 1.7 million people die in the world each year due to tuberculosis.
Tuberculosis usually attacks the lungs of the human body, and can also affect other parts. It is mainly spread through the air. The cough and sneeze of the people who already have the infection of TB can cause the disease. The bacterium can be transmitted by the air directly to the host as well. In case proper treatments are not processed, the infected generally suffers till death. Chronic cough, fever, unusual weight loss and night sweats are the symptoms of TB.
The symptoms of the disease can be different in respect with the affected body parts. It has been noticed that the Third World, or the developing and under developed nations of the world are having the most victims of the disease. The advancement of the technology has made the treatment easier than before, which is promising. Social contacts are instructed to be screened so that the disease does not get spread. Strictly instructive consumption of the antibiotics are preferred for a long time period as a way of treatment. Various medical tests are carried out before the confirmation of the disease.

Celebrating World TB Day
Celebrating the day includes different themes for creating the awareness. The main reasons for the world to suffer from the disease are likely to be poor nutrition and overcrowding. According to this factor, various programs are arranged for observing the day and creating the awareness as much as possible. Not just the general public places, the programs also concern the prisons, which have the most victims.