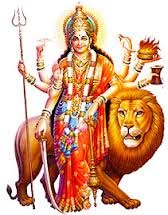 Chaitra Navratri is celebrated by the Hindus during the waxing phase of the month of Chaitra. The festival consists of 9 nights. The term Navratri or Navaratri is derived from Sanskrit, while Nava means nine and Ratri means night. The celebration involves honouring the Goddess Durga, representing the female power. During the period, 9 forms of Durga are worshipped.

For Knowing the exact days of Chaitra Navaratri this year, please click on the following link: https://astrodevam.com/navratri-festival-spiritual-significance-in-our-life

Durga, in the language of Bengali, means the invincible or the inaccessible. The Goddess is one of the most popular forms of Goddess Shakti. She is also an incarnation of Devi. Durga is sometimes known by the names such as Parvati and Uma. She is regarded as the wife of Lord Shiva, the supreme god of the Hindus. She is also recognized as the mother of the universe. According to the Hindus, Durga is the power, which involves creation, destruction and preservation.

In Sanskrit, the term Durga holds the meaning for fort. The description of the word is given as the place which is not easy for accessing by the intruders or for overrunning. Another important name of the Goddess is that of Durgatinashini, literally meaning the destroyer of the pessimism from the universe. The name Durga is divided in three syllables, such as Du, R and Ga. The syllable Du means the likes of evil habits, sufferings, poverty and famine. R is for the diseases. And Ga is synonymous to the destroyer of injustice, cruelty, sins, irreligion, and laziness.

Durga is depicted to have 10 hands, holding 10 different things including weapons and symbolizations. She is believed to be both the leader and the warrior who fights the evils from the front. As per the beliefs of the Hindus go, Durga’s good qualities and the deeds make them call her as MaaDurga or Mother Durga. This proves the kind of worship and tribute she gets from the Hindus.

With the celebration of the ChaitraNavratri, Durga’s positive deeds are remembered. Holy texts are read to the children and the common mass. Chants and different musical tracks on the famine divinity and everything positive are heard all around. Various rituals are also performed as means of worship. It is believed that performing these rituals will cure all the negativities from the world. The activities also include the prayers for health, wealth, justice and various other optimistic aspects of life.