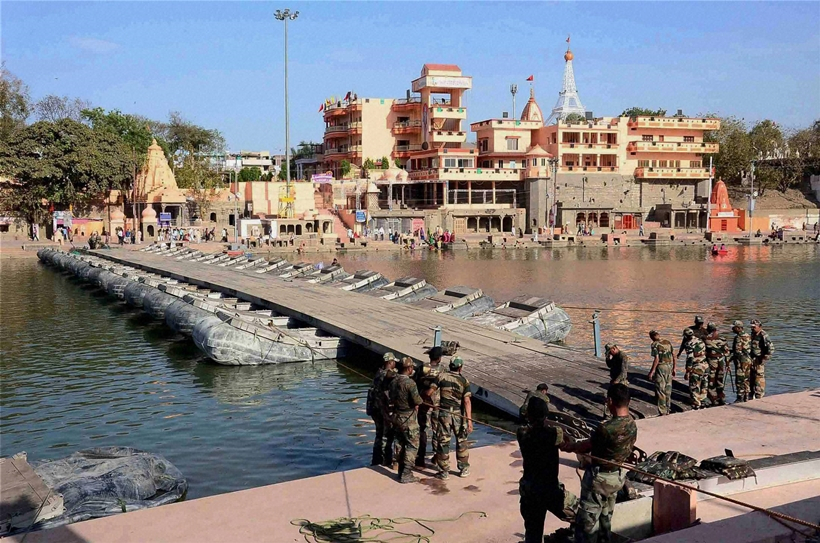 Ujjain Kumbha Simhastha Festival is a Hindu religious festival and fair held every 12 years in the Ujjain city of Madhya Pradesh, India. In Hindi, the Mela or fair is also called Simhasth or Sinhasth. The name derives from the information that it is held when the Planet Jupiter is in Zodiac Sign Leo (Simha in Hindu astrology). It is the four fairs traditionally known as Kumbha Melas, and is also famous as Ujjain Kumbh Mela. The fair attracts masses of pilgrims.

(One gets Moksha (salvation) after taking a holy dip in the Kshipra river when the Hindu month is Vaishakh, Shukla Paksha and Lord Jupiter is in Leo, Moon in Libra, Sun in Aries, and Vyatipath Yog in Swati Nakshatra).

Vishnu dropped a few drops of amrita (the drink of immortality) at four places, corresponding with Prayag, Ujjain, Haridwar and Nasik on the earth. To commemorate the drop of amrita into the sacred waters of Kshipra river, the Kumbha (Simhastha) Mahaparv festival is celebrated with great zeal in Ujjain. Major attraction of this special festival is ‘Shahi Snan’ (royal bath) happens on the full moon day in Vaisakha Hindu month. It is believed that those who take ‘Shahi Snan’ in sacred Shipra River on this occasion washes their sins of all previous and present life